Get Me to the Disco (The Off​-​Broadway Version) (Feat. Madi Di) 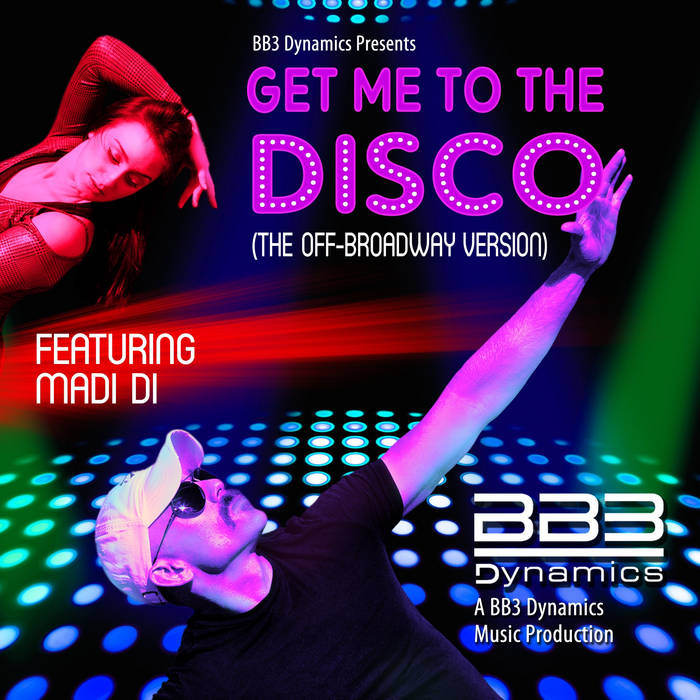 Power chords. Thunder clashes. Energetic violins. Pounding octave bass line. And a highly energetic Italian singer with operatic backing vocals ready to go to the disco! And so BB3 Dynamics releases his forth single of 2015 on June 1, entitled "Get Me to the Disco (The Off-Broadway Version)", an over-the-top enthusiastic Italo Disco dance production. Inspired by the love of the Italo Disco genre, "Get Me to the Disco (The Off-Broadway Version)" is about one getting to the place one loves in life, whether it be one's chosen sanctuary, fantasy, piece of mind, pleasure zone or paradise. As the lyrics state: "it fills you with peace, it let's you release, it let's you embrace, it makes your heart race", "paradise will make you fly" and so getting to a better place in life will yield a "phenomenal high".

The song is also a tribute to legendary record producer Trevor Horn (www.TrevorHorn.com), who is known for creating over-the-top music productions with many layers.

"Get Me to the Disco (The Off-Broadway Version)" also marks the final song production of 2015 before BB3 Dynamics relocates his music production, sound design and record label business from New York City to Berlin in Summer 2015.